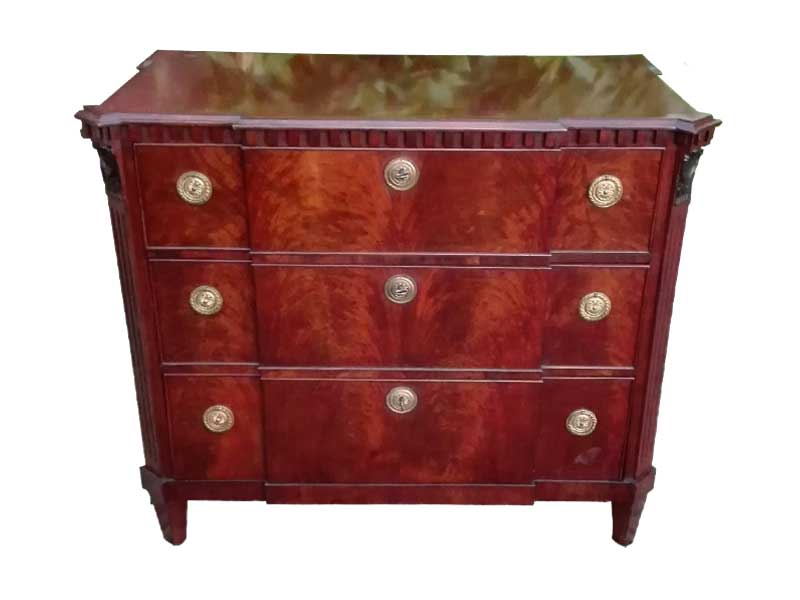 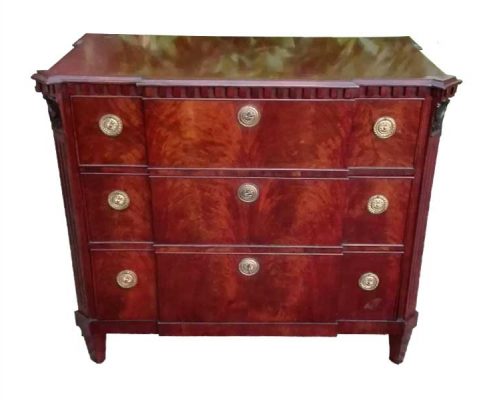 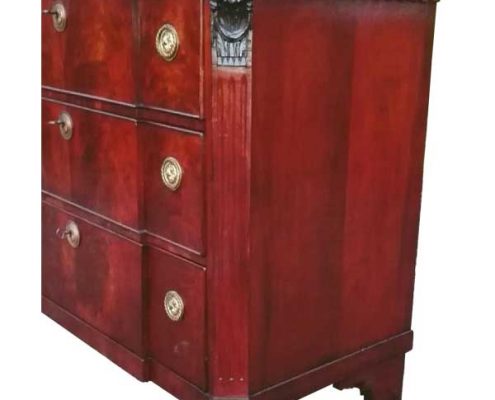 A beautifully executed chest of drawers that shows Dutch craftsmanship. Made with mahogany.

About the Louis XVI style or Louis Seize style

The Louis XVI style or Louis Seize style is one of the Louis styles. The style is named after the French king Louis XVI, who ruled from 1774 to 1792. In the Netherlands the style was applied in the fourth quarter of the 18th century, more precisely: the period between 1770 and 1800.

After the exuberant rococo style of Louis XV, a return to classicism followed, which means that tight line came back. The Louis XVI style is sober and symmetrical and is characterized by classicistic decorations such as garlands and vases.